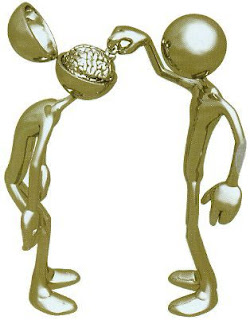 So...The electorate have decided, but over the coming months, as experience builds or new information comes to light, people become convinced that the decision was wrong or that there could have been a better solution. What would trigger a new vote on the issue?
Interactive Democracy would allow new suggestions, or even the re-submission of old suggestions, that may gain increasing amounts of support and force Parliament to look at the issue again. But there may also be another way: individuals may be able to change their minds after the vote was cast and declare that they had made a mistake, switching to another choice on the ballot 'paper' (web site). This wouldn't have an immediate effect, but once the majority has shifted to a different solution it would trigger Parliament to review the situation and ultimately to call a new referendum.
Is this becoming too complicated? I don't know, but it would be a simple thing to set up in the original design of the ID service, at little extra cost, and may some day be a useful tool within the democratic framework.
Share |
Posted by About Interactive Democracy at Friday, June 27, 2008 0 comments Links to this post

Gary Marcus is Professor of Psychology at NYU and author of "Kluge: The Happhazard Construction of the Human Mind", which provides some insight into how our brains fail us. The notion that even the greatest political leaders have fallible brains is central to the idea of improving democracy.
Share |
Posted by About Interactive Democracy at Tuesday, June 24, 2008 0 comments Links to this post

Recently the Irish voted "No" on the new European Treaty of Lisbon. It has been suggested that this wasn't so much a vote against the Treaty as a condemnation of all the prior silliness, injustices and perceived domination by Eurocrats: all those little rules that prevent grocers from selling a pound of potatoes and ensure that our cucumbers are the right shape! In short, there's a risk that votes are "off topic" - a potential problem for all referendum and Interactive Democracy!
However, I contend that by making referendums frequent, people are more likely to vote "on topic", knowing that there will soon be opportunities to pass judgment on other, separate issues.
Moreover, if voters are given the opportunity to set the agenda for referenda, through the ePetition system, "off topic" protest votes are even less likely.
Share |
Posted by About Interactive Democracy at Thursday, June 19, 2008 0 comments Links to this post

If it's unclear, vote NO

If a bill is presented for referendum and the content is so abstruse that you can't understand it, then why not vote NO? That's one way of telling the politicians to pull their socks up and write it more clearly!
(It may need to be backed up by a document in legalese.)
Share |
Posted by About Interactive Democracy at Friday, June 13, 2008 0 comments Links to this post

In relation to an Irish referendum on the European Treaty of Lisbon the Irish Independent asked "Why should I vote Yes to a legal document I don't understand?"
Lawyers may be surprised to learn that Joe Bloggs doesn't read any of the law he's expected to comply with and if he did (and managed to stay awake through the process) the chances are he'd be utterly confused. But this doesn't stop us from complying. Or approving of it.
There may be good reason for legalese to eliminate loopholes, but there is also good reason for clarity. It's not impossible: just look at the American Bill of Rights! In my opinion each bill requires a simple and succinct "executive summary", approved by parliament.
Here's an example for the EU Treaty.
Share |
Posted by About Interactive Democracy at Friday, June 13, 2008 0 comments Links to this post

Interactive Democracy is a slow process best suited to careful consideration of social change... but the world can move at a fast pace!
I think that the elected Government should be able to implement new policies without going through the long winded process of ID. This may be especially important in international diplomacy or solving any type of crisis. However, the electorate should wield the ultimate power in a true democracy and policies should be changed if the government loses a subsequent challenge won through the ID process.
I'd expect the Opposition in Parliament to continue in its role of questioning and challenging the government. Undoubtedly with a view to their own electability and future prospects as the new government.
Share |
Posted by About Interactive Democracy at Thursday, June 05, 2008 0 comments Links to this post

Most businesses would love to have the opportunity for customers to be involved in product development. Especially if everyone was guaranteed to purchase.
Interactive Democracy could be viewed as a system that allows customers (the electorate) to help develop new products (laws). Market research (referendum) is then carried out to ensure that it is what the majority wants, even before it is manufactured (implemented) and there is a guarantee that everyone buys it (tax).
This is very different from having a committee (Parliament) design the product (law).
Share |
Posted by About Interactive Democracy at Tuesday, June 03, 2008 0 comments Links to this post