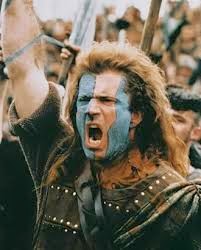 I've written before that direct democracy could be a useful pressure release valve for political activists who would be better persuading other voters than engaging in violent protest. On the other hand some commentators have lamented the animosity evident in the recent Scottish independence referendum. So what provokes aggression?
It could be that some people just can't consider that others have different values. Some are traditionalists, others progressives. Some narrowly nationalistic, others not.
Or it could be that people feel that they are being lied to, deceived or manipulated by leaders, politicians and campaigners. Maybe sometimes by design, sometimes by accident or misinterpretation. (Scotland can't have the pound, some said. Of course they can, they have pounds in their bank accounts and pockets. How're you going to stop them? What was meant was that the Bank of England would refuse to be lender of last resort to Scottish banks.)
Then there's the matter of forecasting the future benefits of a decision, and all the assumptions that that entails. Is it rosy or grey? Who knows? There's nothing true about forecasts, they are usually inaccurate, unless by luck, and often wildly wrong.
Maybe we can introduce systems that help to reduce some of these provocations. Laws against lying in public life would be a start. Discussion of the limits of forecasting would be useful. Appreciation of differences in values and respect for others opinions may be a cultural thing that could be learnt. Maybe doing direct democracy, and losing, builds a bit of humility that makes things less fraught next time. And maybe having a system of direct democracy that allows future corrections and amendments to recent decisions takes the edge off disappointment. If Switzerland changes its constitution by referendum then the system is already in place to change it back again, if demanded.
But when I sit back and consider the referendum for Scottish Independence and the state of Eastern Ukraine it's pretty obvious what's best!
Share |
Posted by About Interactive Democracy at Monday, September 22, 2014 0 comments Links to this post 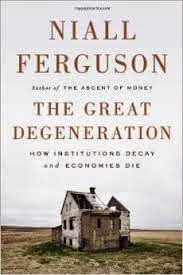 In "The Great Degeneration" Niall Ferguson argues that inclusive institutions, not culture, explain the success of the West. "... while culture may instill norms, institutions create incentives. Britons versed in much the same culture behaved very differently depending on whether they emigrated to New England or worked for the East India Company in Bengal. In the former case we find inclusive institutions, in the latter extractive ones." I have previously argued that culture is a significant factor in impeding the tyranny of the majority and persecution of minorities, but Niall has a point. Further proof comes from the structure of the Swiss Federation which protected the rights of the large minority Catholic Cantons against domination by the Protestant majority. If only the same could be created in Syria and Iraq for Sunni and Shia.
(The Human Rights Act may also help.)
Share |
Posted by About Interactive Democracy at Sunday, September 21, 2014 0 comments Links to this post 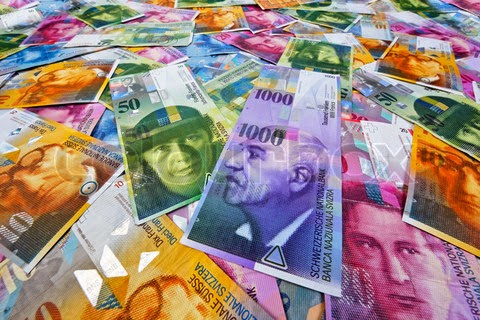 There has been some concern expressed amongst the financial press that promises made to Scotland will cause budgetary uncertainty and devalue Britain as an economic safe haven (click here). But Switzerland shows that that need not be the case. The OECD published this detailed analysis in 2005. Things may have changed since but reading it reveals a number of things. They have a constitutional commitment to debt containment. The limits are defined mathematically and compensate for the business cycle. 75% of the budget is transferred to sub-national government and social security funds. It's complicated, but shows how detailed financial policy can be implemented in a direct democracy federation by elected, often part time, politicians.
The report also provides a succinct summary of Switzerland's constitutional history:-

"Switzerland came into existence as a national State in the first half of the 19th century as a consequence of a process of political integration of 25 regional communities known as “cantons”. This process culminated in the establishment of the first federal constitution in 1848. This constitution was based on a compromise between a liberal Protestant majority, mostly living in a small number of populous cantons, and a Catholic conservative minority, mostly living in a large number of thinly populated cantons. The rights of the minority were protected through constitutional provisions that guarantee the competences of the cantons and limit the responsibilities of the Federation and through cantonal representation in the federal political system, particularly in the Council of States (the upper chamber of Parliament)."

And it summarises their unique system:-

"The Swiss budgeting system is characterised by three special features that differentiate it from most other OECD countries:
● the political environment, characterised by direct democracy (referendums), federalism and a tradition/system of achieving consensus;
● the debt containment rule, which is a constitutional provision mandating a balanced budget over a business cycle (structural balance);● the nature of the Swiss federal budget as a transfer budget."

What's most important, accurate information or democracy?
Democracy allows us to express our values and wants but it also expresses our ignorance unless fed with accurate information. This entertaining TED talk and quiz by Hans Rosling shows just how wrong our intuitions about the world can be.


So how do we ensure good information?
Firstly, there should be a law prohibiting lying in politics, as I have written about before.
Secondly, Parliament should commission studies relevant to the issue at hand.
Thirdly, the ID system should encourage the referencing and linking of studies and data to the ID site, enabling people to debate the numbers, correlations, assumptions, etc.
Finally, each new policy should be measured for its effect, with that information supplied to the public. This is akin to the 6 Sigma quality management system (define, measure, analyze, improve and control) and may lead to further improvements in policy. 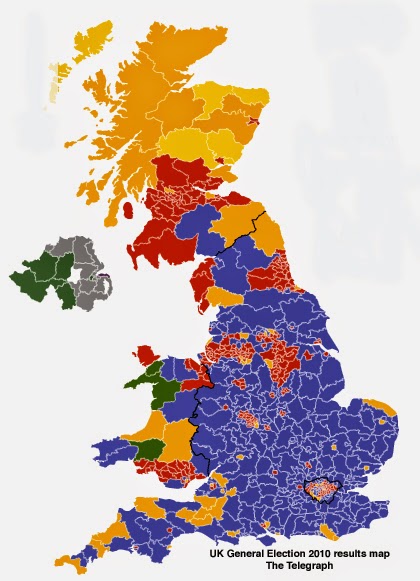 Could one of the reasons for a substantial number of Scots wanting to split from the UK be that we have an ineffective democracy? On several occasions I've seen and heard interviews with Scots who point out that in the last election they only returned one Conservative MP yet are now lead by a Conservative Prime Minister (in a Conservative/Liberal Democrat coalition).
Would the earlier introduction of new powers for Scotland's parliament have avoided the devolution referendum? It may have done.
Would Direct Democracy, like Switzerland, have empowered Scots? Probably. The Swiss have long prospered with a system of Cantons speaking different languages and doing local government.
Seen in this light, the possible break up of the UK can be seen as an indictment of our political system by the Unionist side. Too little, too late. Too central, too out of touch.
Share |
Posted by About Interactive Democracy at Tuesday, September 16, 2014 0 comments Links to this post 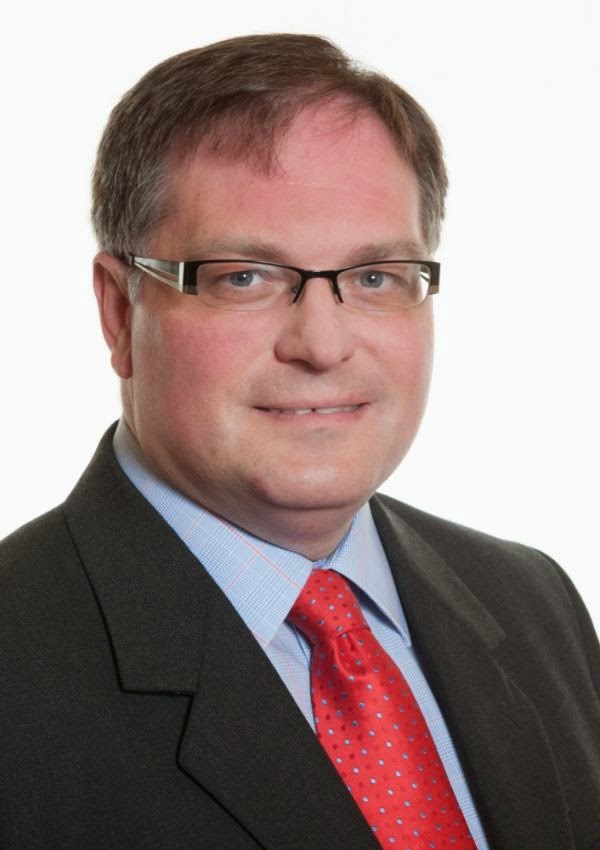 There's a problem with sacking politicians. For example, Councillor Robert Bleakley of Tyldesley ran up bills of £2400 calling sex lines on a taxpayer funded phone. He is also accused of sexism. Yet a democratic principle is that an elected politician shouldn't be sacked by an official. They should only run the gauntlet of public opinion at the next election.
Interactive Democracy provides another, more immediate solution as it can be deployed quickly and efficiently to run a ballot on his dismissal and the employment of an alternative representative, without waiting for the next election cycle.
Share |
Posted by About Interactive Democracy at Tuesday, September 09, 2014 0 comments Links to this post 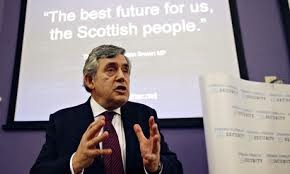 Gordon Brown has announced a new deal for Scotland to encourage the 'No' vote, despite postal votes having already been cast, probably to the annoyance of some. If we used online voting this would not be a problem. Even those that had already cast their vote could get back online and change it, right up to the deadline. So Interactive Democracy supports the sort of changeable policies that we are seeing in Scotland far better than the existing postal voting system.
Share |
Posted by About Interactive Democracy at Tuesday, September 09, 2014 0 comments Links to this post 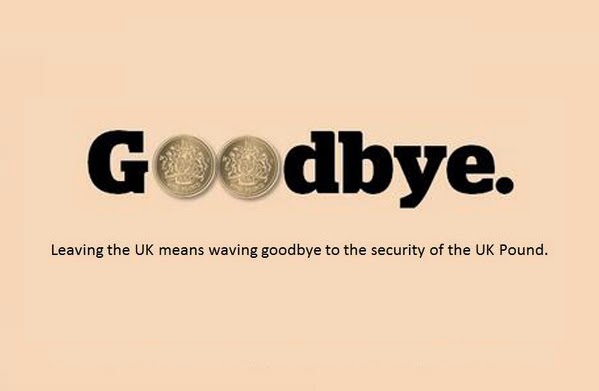 "I can't see how anyone can be a rational voter without some grasp of how economies work. This has been brought home to me by the miserably low level of debate about the Scottish referendum.
"Very few people seem to know the difference between the pound and the Bank of England. The UK government hasn't said that Scotland can't use the pound. Anyone can use the pound. What it has said is that Scotland can't use the pound and, outside a formal currency union, use the Bank of England as a lender of last resort and set monetary policy. This key point appears to have been passed by many voters. So have the mechanisms by which interest rates are set; the difference between government deficits and government debts; and the way countries raise money in the international markets. This means that far too many people will be voting on something hugely important on 18 September without the tools to understand the implications."

Merryn is arguing for better financial education, but surely the same rationale could support the view that there shouldn't be referenda because the electorate aren't educated enough to form a rational view. I disagree, but I'll come to that in a moment. First, here's another perspective:

"7 out of 10 Members of Parliament think that only the government is able to create money"
Ben Dyson (Positive Money) on August 19, 2014.

In fact the banks create and destroy money by providing loans in a fractional reserve banking system. So, maybe the political elite aren't as savvy about theeconomy as we may have hoped!

It is my view that good quality debate educates voters. Perhaps that is the single biggest advantage of direct democracy. But I'm not talking about the shouting match that televised debates sometimes descend into. I propose that Interactive Democracy should facilitate written debates where points and counter points are raised and promoted or demoted by the approval of voters. Prior to the referendum you can read the main points or drill into the topic, reading the reference material provided. To encourage this, the debate summary would be presented to you before you reached the voting page on the ID web site. Furthermore, I propose that there be sanctions against lying in public life, to resist the demagoguery that can undermine any democracy.
Taking the Scotland Referendum as an example, I'd hope that debaters would reference the comments made by Economics Nobel Prize winner Joseph Stiglitz, amongst others. And that each side provided properly rigorous financial forecasts, showing their assumptions for scrutiny.
Share |
Posted by About Interactive Democracy at Friday, September 05, 2014 0 comments Links to this post