Ignorant of History and Other Countries

In the following TED talk James Flynn explains how we have improved our cognitive abilities over time - I have previously argued that this supports my assertion that, as a population, we can do Interactive Democracy. But he also claims that we are becoming "ignorant of history and of other countries" and, therefore, we "can't do politics". This runs counter to my argument. But I'd suggest that by debating each issue and by ensuring the quality of that debate through presenting it in a logical manner and ensuring it is factually correct, then we can educate ourselves about history and geopolitics and thus are capable of "do[ing] politics".
(Switzerland has being doing direct democracy for more than 150 years. Back then hardly anyone was as educated as the average person today!)

The Price of Inequality 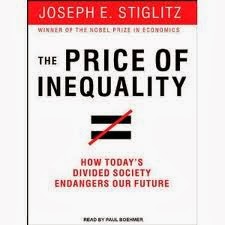 In his book "The Price of Inequality" Nobel Prize winning economist Joseph Stiglitz explains how increasing inequality can damage a society and an economy. He writes that "The 1% has worked hard to convince the rest that an alternative world is not possible; that doing anything that the 1% doesn't want will inevitably harm the 99%." His book argues against this and for a "more dynamic and more efficient economy and a fairer society." He points out that "politics and economics are inseparable, and that if we are to preserve a system of one person one vote - rather than one dollar one vote - reforms in our [US] political system will be required..."
I suggest that Interactive Democracy, where each voter can vote on each issue, is the sort of reform that would check how money talks and what it says. Much of the money may be spent by the few, but most of the votes are spent by the many. Not just once every few years but many times a year. It creates a free market of ideas and innovation and empowers each voter to reach Stiglitz' goal: a better economy and fairer society.
For arguments on why this won't lead to the plundering of the rich by the many, or a bloated state sector, please see my previous post, below. But I'd like to add that one reason that the rich can't be taxed 'til the pips squeak is because they will have up and left long before then. In a fair minded culture and society the majority of people understand this and respect the rich for what they contribute.
Share |
Posted by About Interactive Democracy at Sunday, September 29, 2013 0 comments Links to this post

Email ThisBlogThis!Share to TwitterShare to FacebookShare to Pinterest
Labels: 1%, 99%, Joseph Stiglitz, one dollar one vote, The Price of Inequality 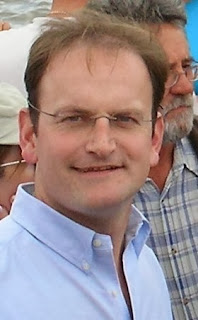 Douglas Carswell MP argues against the notion that more democracy means more socialism in his book "The End of Politics and the Birth of iDemocracy". He looks at the history of emancipation in a number of countries and examines the effect on government spending:
"Look at America. Almost every white adult male American had the vote since the era of Jacksonian democracy in the 1830s and 1840s. Yet throughout the whole of the nineteenth century, federal spending as a percentage of GDP never once rose above 3% of GDP during peacetime."
Carswell argues that this is because taxes were relatively flat and, as the many paid them, they voted to keep government small and/or cost effective. Yet in a full direct democracy the electorate can also vote on taxes, introducing the concern for some that they will plunder the wealthy. Switzerland, renown for its long history of direct democracy, has had referenda on taxes and may well do so again. But it turns out that they have a relatively small government, further disproving that more democracy leads to bloated government. Swiss government spending as a percentage of GDP is less than most western countries. For comparison here are the 2011 figures:


(2011 Index of Economic Freedom[9] by The Heritage Foundation and The Wall Street Journal, reported here.)
Share |
Posted by About Interactive Democracy at Saturday, September 28, 2013 0 comments Links to this post

The End of Politics and The Birth of iDemocracy 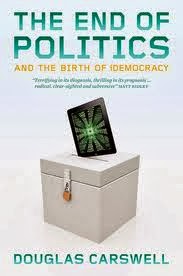 In his interesting book "The End of Politics and The Birth of iDemocracy" Douglas Carswell MP lists the most popular initiatives on the British ePetition site as a way of illustrating that the British public aren't the dangerously ignorant mob that opponents of direct democracy would sometimes have us believe:

Those of you who would like to see small government and low taxes will warm to Carswell's book. He predicts that new technology will make it inevitable. He also argues against the view that direct democracy will lead to the many ramping up taxes for the wealthy few.
Share |
Posted by About Interactive Democracy at Thursday, September 26, 2013 0 comments Links to this post

Email ThisBlogThis!Share to TwitterShare to FacebookShare to Pinterest
Labels: Douglas Carswell, The Birth of iDemocracy, The End of Politics

“I am dismayed that notwithstanding lip service to democracy, too many governments seem to forget that in a democracy, it is the people who are sovereign,” he said, adding that many governments appear to be more responsive to special interests such as the military-industrial complex, financial banking and transnational corporations, than to the wishes of their own populations, which creates massive social and economic inequalities. The disconnect between power and the people must be remedied”
Share |
Posted by About Interactive Democracy at Wednesday, September 25, 2013 0 comments Links to this post 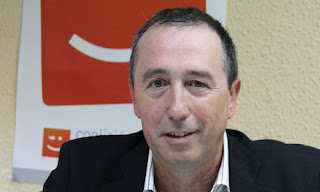 Spanish parliamentarian Joan Baldovi is doing direct democracy his own way. He has asked his electorate to use an online platform to tell him how to vote on upcoming legislation and has promised to cast his vote accordingly. You can read about it in The Guardian, here.
Share |
Posted by About Interactive Democracy at Thursday, September 12, 2013 0 comments Links to this post