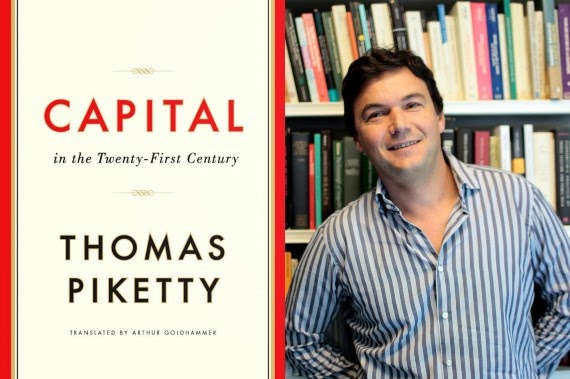 Mr Piketty "believes that when wealth is concentrated in a few hands there follows a phenomenon he calls “state capture.” Rich people are able to get control of the government and use it like a Mafioso with a baseball bat: to whack their challengers and skim the profits.

But the state is no chaste and innocent participant. It is not “captured” at all. Instead, those with control of the police and the military are no strangers to the baseball bat; they use it regularly. In fact, they often take the rich hostage and demand as much ransom (taxes… bribes… campaign contributions… payoffs to special interests) as they can get from them. More often, they simply connive and conspire with any group that can help them – rich and poor, labour unions, business groups, lobbyists and so forth – always subverting capitalism and undermining the public welfare."

My view is that if everyone could vote on every issue there would be less opportunity for democracy to be captured by anyone. Interactive Democracy could be a free market of ideas, paid for in the currency of votes, an expression of the demand of the majority.

Once again, he misunderstands the modern, democratic state. It is not based on real social justice. It is based on fraud. The masses are told that they control the government. And while they are earnestly reading the newspapers, arguing about Obamacare and voting, the elites profit from bailouts, zero-interest rate policies, subsidies, tariffs, sweetheart loans – you name it. That is how the rich got so rich... with the eager connivance of the authorities.

And now he concludes that the forces of ‘divergence’ – of wealth – are likely to be much more powerful in the 21st century and that someone needs to do something about it. Who? The same authorities who distracted the public while the elites picked their pockets."
Share |
Posted by About Interactive Democracy at Tuesday, April 29, 2014 0 comments Links to this post 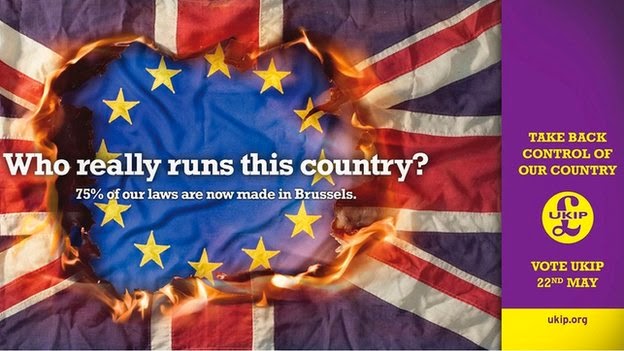 Is UKIP's claim that "75% of our laws are now made in Brussels" accurate and true?

The independent House of Commons library found that "just 9 per cent of statutory instruments passed in the UK Parliament between 1998-2005 were implementing European legislation" according to Channel 4's Fact Check service.

"UKIP told FactCheck that it took the 84 per cent figure drawn from this research, and adjusted it down to 75 per cent for the UK in light of the fact Britain did not join the single currency.
The party said the downward adjustment of 9 per cent was not based on any empirical research, but an estimate assisted by “senior political experience” within its ranks."

The truth of the matter is muddied by confusion over regulations and/or directives being included in the numbers. "Confused? FactCheck thinks you should be." But they conclude that "Clearly this is a complex issue, and difficult to prove, but there is a lack of evidence to suggest 75 per cent, or even half, of the UK’s laws now come from Brussels."

So, should UKIP be allowed to print it?

I think that misinformation damages democracy and suggest that there should be laws against lying in public life. A system of deterrents could be enforced through a system akin to the Advertising Standards Authority.

Such a system wouldn't rule out something like "We estimate that 75% of our laws are made in Brussels."
Share |
Posted by About Interactive Democracy at Tuesday, April 22, 2014 0 comments Links to this post 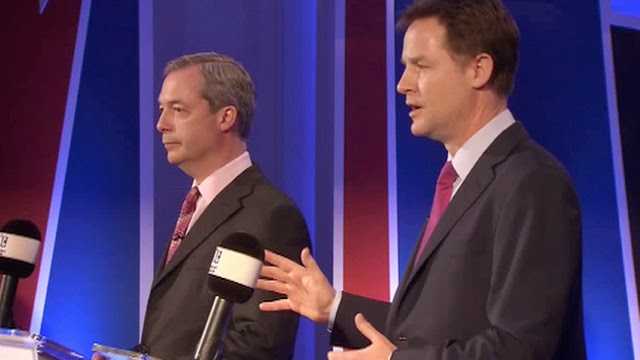 MoneyWeek (4 April 2014) commented on the Clegg v Farage debate:
'Debates like this could usefully be held on subjects from immigration to foreign policy. How depressing then that the "mood music suggests" there will be no repeat of the TV debates of the 2010 election in 2015. They are just what Britain needs to "exorcise the spirit of apathy".' (Quoting The Times, I think.)
A useful report on this EU debate can be found here, including some fact checking and reports on the media's take on it.
While I applaud the debate I find the personal attacks and dubious facts annoying. A written debate on the proposed Interactive Democracy web site would list positive, negative and interesting points for each proposal, steering politics away from personalities and character assassinations. I also propose sanctions against lying in public life, administered along the lines of the Advertising Standards Authority. Nonetheless, public debates such as this one on Europe could enhance Interactive Democracy.
Share |
Posted by About Interactive Democracy at Saturday, April 05, 2014 0 comments Links to this post