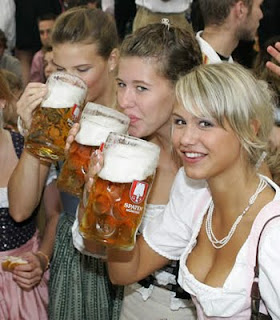 Posted to Usenet groups uk.politics.constitution, scot.politics July 2010
Bavaria once had some of the toughest smoking restrictions in Germany.It eased them last year, allowing smoking in one-room bars of up to 800square feet and in beer tents. The referendum approved Sunday overrides that. Those who want to light up in restaurants, bars, cafes or even beer tents will have to go outside instead. A referendum requiring that was approved Sunday by voters in Bavaria. (Associated Press, July 4, 2010)
The new constitution of post-world-war-II Bavaria guarantees citizens the right to propose and obtain a legally binding referendum in the Land(state of the federation). The people have used this right several times, for instance to introduce regulations for direct democracy in cities, towns and districts, also to abolish the second chamber of parliament (Senat). In order to obtain a referendum, 10 percent of voters must endorse the proposal. If the proposal is rejected by parliament then a referendum must be held. A majority of votes cast is needed to approve the proposal as law.
Thanks to INIREF for this post.
Share |
Posted by About Interactive Democracy at Tuesday, July 06, 2010 0 comments Links to this post