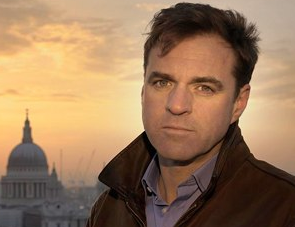 In the last of his excellent series "Civilization: Is the west history?", Niall Ferguson mentions a bundle of factors that continue to reinforce western civilization beyond the killer apps. he identified from our history: He mentions political pluralism, freedom of thought and speech, the rule of law and human creativity. All are crucial aspects of Interactive Democracy.
His killer apps. are:
Could Interactive Democracy be the next killer app?
Switzerland has the highest per capita income in Europe, is this due to its direct democracy "app."?

More about the series here.
Share |
Posted by About Interactive Democracy at Thursday, April 14, 2011 0 comments Links to this post

For the around 300 local authorities and 26 regions the Swedes introduced from the beginning of 2011
1. Citizens' law-proposal (initiative)
2. Right (improved) to demand a plebiscite (decision by the electorate, "referendum").

These changes strengthen the role of citizens in regional and local government. Before this reform there was a citizens' right to demand a referendum but this could be refused by the governing authority.

Swedish attention to detail for good governance is illustrated by some accompanying innovations. They propose to build a "comprehensive direct-democratic infrastructure" (Kaufmann), with local advice centres for voters who wish to contribute to governance and exploit their new democratic rights. Also planned is a national institution for political participation, which will inform citizens and support and encourage the newly introduced "direct" democracy.

The rules for citizens' initiative and referendum were laid down by revision of the constitution of state which came into force in January 2011.