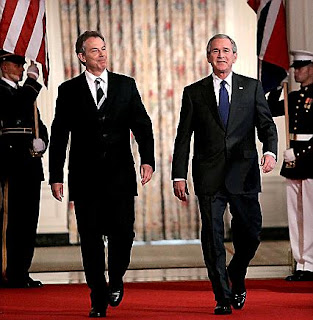 A simple summary of Blair's reasons for going to war with Iraq could be that
Saddam
+ chemical weapons
+ international terrorists
= a serious threat to British Citizens and our allies.
As Prime Minister, it was Blair's responsibility to protect us.
I don't want to get into re-examining Blair's rational, his estimation of the likely confluence of these factors or the downside risks involved. Instead, I want to ask the question - does a Prime Minister's duty to the British People skew his judgment; by analogy, do people accept more risks themselves than they would allow their children to take?
And another question: is it morally right to calculate the risks and duties to your own electorate at the expense of humanity abroad?
Thirdly, can Interactive Democracy help?
What ID does is allow everyone to input their own answer, balancing the calculus of probability, risk and reward and their own moral view. It allows each voter to take a personal view and not be skewed by the worry of how history would judge them. Imagine Tony, worrying about this sort of historical epitaph: "Blair, the leader who failed to protect his people, wallowing in weakness and indecision". My point is that leaders may be driven to make decisions by pressures that the average man in the street does not feel.
The problem comes when the key pieces of information are so secret that only our leaders are privy to them. But, even then, the Government's presentation of their rational would be debated by a broad spectrum of individuals, involving many military analysts, who may have cast doubt on the 45 minute claim almost as soon as it was made; or terrorism experts who may have questioned the link with Al Quaida. In such a way, ID may not only enhance the breadth of the debate, but it's quality, too.
But it's not all about the war decision, it's also about how best to proceed. Interactive Democracy provides a channel for creative ideas about solving problems. Limited wars to protect the Marsh Arabs and the Kurds, or offering Saddam and his family a luxury sanctuary, may have been among a plethora of suggestions for Parliament to debate. Perhaps, if we'd had ID, such ideas would have emerged at a much earlier juncture.
Share |
Posted by About Interactive Democracy at Saturday, January 30, 2010 0 comments Links to this post

"There's no such thing as society." 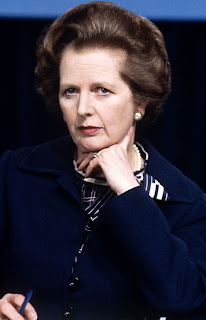 "I think we've been through a period where too many people have been given to understand that if they have a problem, it's the government's job to cope with it. 'I have a problem, I'll get a grant.' 'I'm homeless, the government must house me.' They're casting their problem on society. And, you know, there is no such thing as society. There are individual men and women, and there are families. And no government can do anything except through people, and people must look to themselves first. It's our duty to look after ourselves and then, also to look after our neighbour. People have got the entitlements too much in mind, without the obligations. There's no such thing as entitlement, unless someone has first met an obligation."
Margaret Thatcher
31/10/1987
from an interview with Women's Own magazine.

Interactive Democracy offers a different perspective on society: that if you, as an individual, see a problem, you should propose a solution to solve it; and that with sufficient support from the rest of society, good proposals can become real change.
Share |
Posted by About Interactive Democracy at Thursday, January 28, 2010 0 comments Links to this post 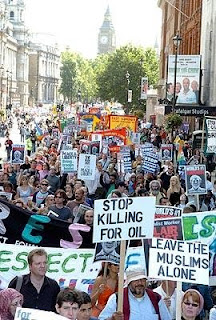 In light of the revelations to the Iraq Enquiry that former law officers at the Foreign Office advised the government that an invasion was illegal, how would Interactive Democracy influence International Law?
Indeed, what is International Law and how does it come about?
International Law can be separated into supranational, public and private categories. It is the public aspect, the law between nations, that is relevant here. There has been international law since the Middle Ages, particularly amongst Muslim states, but the key administration in this case is the UN, which is also responsible for non-binding standards such as the Universal Declaration of Human Rights. And this is the rub of it: International Law may fail to protect the individual from abuse by their state; and other countries that seek to protect individuals from abuse by their states may end up doing more harm than good. In addition to this mismatch of ideas, the UN has no independent power, except through agreement with its benefactors, to provide aid or military power (witness the genocide in Rwanda). In this way it is very different to national systems with independent legislators, judiciaries and police forces.
Is International Law democratic?
The United Nations involves many undemocratic countries whose representatives contribute to the formation of its resolutions. In this way the foreign policy of a democratic country, if it abides by International Law, can be defined by undemocratic states!
I think that the UN is a valuable organisation (jaw, jaw, not war, war) but I'd like to see our politicians and diplomats influenced more directly by the electorate in how they deal with other countries, both in terms of direct action and UN negotiations. ID provides a system that could decide if we go to war or not with a far higher degree of national debate and responsibility than can ever be attained by applying International Law as defined by the UN, or by leaving it to the politicians to have the final say.
Share |
Posted by About Interactive Democracy at Wednesday, January 27, 2010 0 comments Links to this post

Tim Berners-Lee was appointed by the government to oversee data.gov.uk, a new venture to provide government data on-line with the objective of facilitating new ways of utilising the information. The idea is that if it is available to a freedom of information request, why not put it on the Internet. This also has the potential to enhance debate, involvement and Interactive Democracy. More here from the BBC.
Share |
Posted by About Interactive Democracy at Thursday, January 21, 2010 0 comments Links to this post

If You Pay, You Should Have Your Say 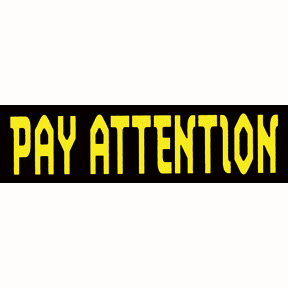 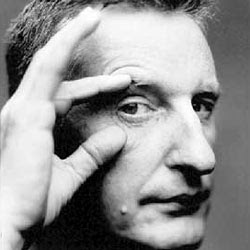 Billy Bragg has declared that he will withhold his tax until the government caps bankers bonuses. He commented that people have said to him that he should express his power through the ballot box, but he points out that there's no one to vote for who will curb this sort of excess. He also points out that we are all shareholders of some of these banks.
Billy has reached the point where he is questioning the efficacy of British democracy.
Interactive Democracy could be used to address this issue by people like Billy. In fact he is well positioned to become an opinion leader on this subject, given his access to the media and his fan base.
Hear his interview on The Jeremy Vine Programme, Radio 2, 18/01/10.
Share |
Posted by About Interactive Democracy at Monday, January 18, 2010 2 comments Links to this post

Islam 4UK: A Time and A Place

The government has seen fit to ban the organisation Islam 4UK after they initiated protests at Wootton Bassett. There is rumour that the organisation set out for the town on Sunday, triggering the mobilisation of a counter demonstration. This site points to a media black-out of the event. However, Islam 4UK are hailing their ban as a victory. On their web site they argue that the government is undermining freedom of expression, damaging democracy, instigating a type of apartheid against Muslims and showing its self to be hypocritical.
Does the government think that by banning the organisation they can somehow ban the idea that it represents?
Freedom of expression, it seems to me, is crucial for democracy. However, there's a time and a place: most people would feel outrage at the disruption of a funeral by demonstrators; they would feel outrage if political graffiti were daubed on their property or community buildings; they may even feel outrage if their organisations (and heartfelt convictions) were banned.
Interactive Democracy provides a system - a time and a place, as it were - to express a political point of view and call for change. It could provide a pressure release valve for the frustrations of many different sections of society. And it facilitates proper measures to maintain law and order without destroying the tolerance and freedom that are necessary for a progressive and democratic society. Interactive Democracy is a fair and civilised way to demonstrate.
(By the way, just to provide some context, I am a disbeliever.)
Share |
Posted by About Interactive Democracy at Tuesday, January 12, 2010 1 comments Links to this post 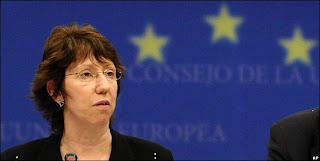 Catherine Ashton has become the first High Representative of the Union for Foreign Affairs and Security Policy of the European Union (EU). Although elected by MEPs she is a civil servant who has not suffered election by the people.
To my mind the EU seems distant from UK voters, to the detriment of democracy, and having a civil servant as a High Representative seems to put even greater distance between those in power and the electorate. Maybe Interactive Democracy could be used to allow EU citizens to vote directly on appointments and policies.
These reports, from the BBC and the Telegraph, show a fall in turn out in EU elections from 63.0% in 1979 to 45.7% in 2004.
Share |
Posted by About Interactive Democracy at Tuesday, January 12, 2010 0 comments Links to this post 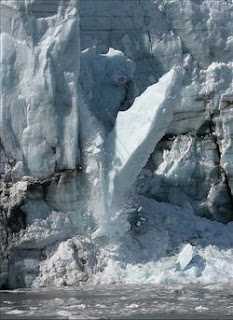 After the collapse of Icelandic banks in the UK and Netherlands forced the British and Dutch Governments to cover the losses of bank customers, there are demands that the Icelandic Government pay back the shortfall. Interestingly, for a proponent of Direct Democracy, a petition signed by nearly a quarter of Iceland's electorate has forced their President to allow a referendum on the issue. The fact that each Icelandic citizen needs to repay £10800!!! But this is just... er... the tip of the iceberg. I'm curious to see how the debate covers all of the other international perspectives: how it will effect IMF loans, EU prospects, their international trade and relationships with other financial markets. Personally, and having listened to a debate on the subject on Jeremy Vine's Radio 2 programme, I suspect a vote against repayments will really be a vote for a re-negotiation of the terms of the deal. Who knows, they may even want us to arrest those Icelandic bankers who have fled to London with their millions!
(More here from the BBC. What they don't report is that part of the issue is to do with the high interest charge (5.55% I think) included in the repayment which many Icelanders believe to be excessive.)
Iceland is a Representative Democracy with a President and Prime Minister.
Share |
Posted by About Interactive Democracy at Wednesday, January 06, 2010 2 comments Links to this post