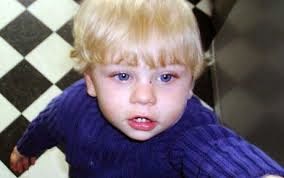 5 years ago I wrote about the Baby P scandal and how it related to Interactive Democracy. Now there's a new TV programme from the BBC, "Baby P: The Untold Story". I found it a depressing insight into British politics, media and culture.
Perhaps the wisest comment in the broadcast was that a series of small mistakes across multiple organisations caused a failure to protect Baby P from his mother and her boyfriend. Yet it also points out that David Cameron misinformed parliament about the age of Baby P's mother. A small mistake. The Sun newspaper misinformed the public about the number of social service's visits. A small mistake. The media reported that a doctor had failed to diagnose a broken back. Probably a small mistake (his back was unlikely to have been broken at the time of the examination according to a pathologist). Ed Balls expected an emergency inspection and report to take just two weeks when normally it would take months. A small mistake. A significant part of a Great Ormond Street report didn't reach inspectors. A deceitful mistake. Ofsted rated Social Services as good and then changed their minds, possibly after political manipulation (the report was edited numerous times by senior management not directly involved in the inspection and in consultation with Ed Ball's office). A worrying mistake. They then destroyed the evidence supporting their own study, as they do as a matter of course. An admin policy mistake. Sharon Shoesmith was unfairly dismissed and was subsequently awarded damages of nearly £680 000. A costly mistake.
According to the programme, since Baby P's death 260 other children have died. 26 of them were known to social services. These aren't mistakes, they are murder or manslaughter.
All mistakes should be corrected if we are to improve and I believe we should have laws against lying in public life. Incorrect statements should be corrected with as much 'volume' as the original error. I wrote about how this could work, here.
(You can read my original Baby P post here.)
Share |
Posted by About Interactive Democracy at Wednesday, October 29, 2014 0 comments Links to this post

Struggling to Upgrade Democracy in Argentina

This fascinating TED talk by Pia Mancini describes how her group in Argentina developed a democracy app, Democracy OS, which they tried to promote among the main political parties. Spurned, they decided to create their own party, Partido de la Red.

“[Partido de la Red] are a party of the present, looking to the future, who believe in using the tools of today - the internet and other technology – to radically change the current political system.” — The Daily Beast, 2014
Share |
Posted by About Interactive Democracy at Tuesday, October 21, 2014 0 comments Links to this post