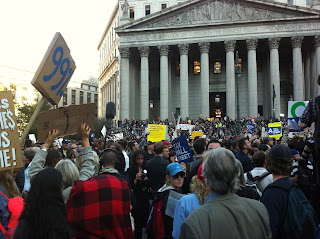 It has been proposed that shareholders should have new powers to veto excessive pay for directors. Some advocate that there should be one-person-one-vote, others one-share-one-vote. The first limits the power of institutional investors, whose own directors may be a part of the super-salary merry-go-round; the second prevents activist share holders, who may buy only one share, from ham-stringing businesses in sectors such as defence, tobacco or pharmaceuticals.
In either scenario it would be feasible for the Interactive Democracy infrastructure to be used, improving the efficiency of shareholder democracy and empowering those shareholders who can't always attend an AGM.
Share |
Posted by About Interactive Democracy at Wednesday, January 18, 2012 0 comments Links to this post 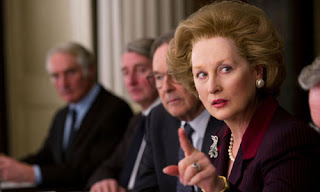 I've been wondering for a while now, what aspects of culture foster direct democracy? If the Swiss can do it, why do some people think Brits can't?
One argument is that the Swiss are better educated. But they've been doing direct democracy for 150 years: back then no one was as well educated as the average person today, so we should be more than capable.
Perhaps it's their national service that binds them into a cohesive society? Or their multilingualism that breeds flexibility of thought?
Or perhaps it's our welfare culture that makes us expect to be looked after rather than look after ourselves? Or our aristocratic history that makes us look to an authority for answers?
Is it the political system that creates the culture or the culture that creates the political system?
"The Iron Lady" provides some historical perspective on our culture. In the film, the retired Margaret Thatcher makes two comments about how culture has changed. To paraphrase her, she says "People used to want to do something, now they want to be something"; and "People used to want to know what you thought, now they want to know how you feel". These sentences seem to me to capture some of our changing culture.
Interactive Democracy is more about doing than being. It empowers political activism. And it is more rational than emotional for the simple reason that to advocate your perspective, it's a good idea to explain it. But, on the other hand, people can vote using instinct if they wish.
Share |
Posted by About Interactive Democracy at Tuesday, January 17, 2012 0 comments Links to this post 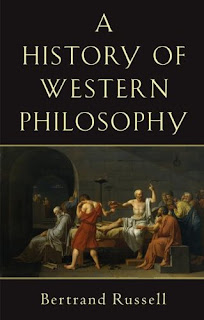 In "History of Western Philosophy", Bertrand Russell, commenting on Plato's Republic, writes
"But in matters of government it is difficult to know who has the most skill, and very far from certain that a politician will use his skill in the public interest rather than in his own or in that of his class or party or creed."
This succinct appraisal is just as relevant today. Perhaps the main advantage of Parliamentary Democracy is in our ability to dismiss the government, thus exercising a power that tends to keep their interests focused on the public. Yet if the opposition are an unpalatable alternative, or form part of the same political class, much of this effect may be lost. Not so in Interactive Democracy which empowers the public to challenge each policy; and help create them.
ID runs contrary to Plato's ideal of the best politicians, and their descendants, wielding political power in perpetuity, and supplements Parliamentary Democracy's ideal of politicians wielding power until the next election. Instead it requires politicians to persuade us of the justice of their arguments, policy by policy. The best will win.
Share |
Posted by About Interactive Democracy at Thursday, January 05, 2012 0 comments Links to this post