In her book "Brainwashing - The Science of Thought Control", Kathleen Taylor writes
"Some people are driven to simplicity not just by laziness, selfishness or idiocy, but by fear, fury or frustration, negative emotions provoked by a threatening world."
Interactive Democracy provides the opportunity to develop complex debates in the media and on its own web site. The presentation of all this complexity may be ignored by some, perhaps those that are entrenched in their point of view, but it may be used by others to come to a more balanced point of view. Each "fear" used by one side of the debate may be diminished by the other; "fury" can be vented; and solutions for "frustrations" may be found.
(Kathleen Taylor is a research scientist in the Department of Physiology, Anatomy and Genetics at the University of Oxford.) 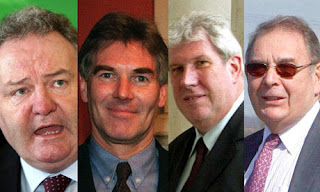 Four MPs, charged with expense offenses, are arguing that they should be tried in Parliament, not the law courts. While there is some concern about the prejudicial bias in their cases (please see this Guardian article) don't we have to be careful of corruption in any case of self regulation?
It seems to me that one of the strengths of any fully functioning democracy is that the populace have powers over the political aristocracy, but I am concerned that in our democracy we can't exert enough focused and direct pressure for this to be effective. Interactive Democracy (or another form of direct democracy) would be much more powerful.
Share |
Posted by About Interactive Democracy at Wednesday, October 20, 2010 0 comments Links to this post 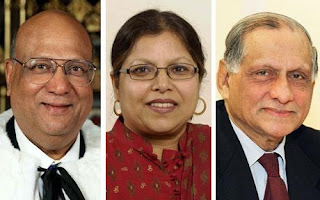 Paul, Uddin and Bhatia may be suspended from the House of Lords for wrongfully claiming expenses. Shouldn't their titles be removed?
Lords Paul and Bhatia are significant donors to the Labour Party and millionaires in their own right. Is that the smell of corruption at the heart of British "democracy"?
They are not the only ones: Lord Hanningfield has been charged under Section 17 of the Theft Act, relating to false accounting for claims for overnight accommodation; Lord Taylor of Warwick pleaded not guilty at Southwark Crown Court on charges of false accounting; and, last year, Lord Taylor of Blackburn and Lord Truscott were suspended for just 6 months for being willing to accept cash to change laws.
More here from The Telegraph.
Interactive Democracy could replace the House of Lords as a control and check on Commons business, without losing the input of respected Peers.
Share |
Posted by About Interactive Democracy at Tuesday, October 19, 2010 0 comments Links to this post 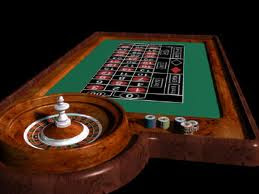 "Gaming" is the notion that any set of rules can be played for maximum advantage, often in ways that the original game designer didn't intend. This raises the question: how would Interactive Democracy be gamed?


In previous posts I have addressed counter measures to some of these issues - the contribution of an elected Parliament, police powers, balancing media power with information on the voting site - but perhaps the best way to prevent abuse is to make the system adaptable enough for voters to change it in response to problems.
Share |
Posted by About Interactive Democracy at Friday, October 15, 2010 0 comments Links to this post 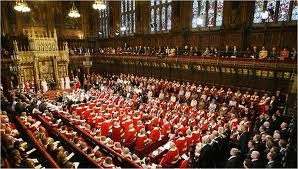 I have argued on this site that the House of Lords is inherently biased and undemocratic. Further, the £60 million-or-so annual spend on it would provide a nice budget for Interactive Democracy. But do we really want to lose the experience, intellect and insights of those people?
Another way to encompass them in the ID system would be to highlight their contributions, much in the same way that I have advocated that MP's contributions are brought to the fore.
Would they do it for free? I'd hope so. They are, after all, the recipients of decent pensions and typically of retirement age. But alternatively, they may be paid per contribution or for each vote of confidence their contributions receive.
Share |
Posted by About Interactive Democracy at Monday, October 11, 2010 0 comments Links to this post


In this lecture Jane MacGonigal, Director of Game R&D at the Institute for the Future, looks at how we may be able to tap into the concentrated efforts of on-line gamers to come up with ideas to solve the world's problems. Perhaps Interactive Democracy could be seen as just such a game?
Here are some of the aspects of on-line gaming that draw people in
Interactive Democracy already ticks most of these boxes. The ID system itself creates the rules by which the game is played and the common purpose is to improve society. By allowing votes to be cast on ideas and comments and facilitating threads that can be linked to other contributors, collaboration and feedback is achieved. The internet provides easy access.
I have previously outlined the notion of the IDeA (Interactive Democracy Award) for successful contributors, but it may also be possible to create other ways of scoring your input. Perhaps the system could track how many votes of approval have been cast on your contributions, keeping a running total on your voting account? Something to be proud of?
Share |
Posted by About Interactive Democracy at Wednesday, October 06, 2010 0 comments Links to this post

Experimentation: The Death of Ideology and Pursuit of Rational

In this TED talk, Esther Duflo (founder of MIT's Jameel Poverty Action Lab) explains how controlled experiments can be used to discover the best ways of fighting poverty. The same principles can be used to test many social policies and I would encourage politicians to become experts in this aspect of social science.
Interactive Democracy can also benefit from controlled and randomised social experiments. Perhaps each topic of debate should include a web site tab to propose and discuss how it can be tested. Apart from setting up experiments contributors may highlight comparisons with foreign government policy in order to shed more light on the subject. 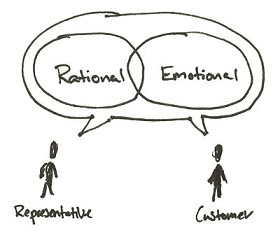 Are rational decisions better than emotional ones? I would say "Yes", because rational decisions may not only include our instinctive responses, but a wealth of other data and opinions.
Are some people much better able to make rational decisions? Would we rather these people were in positions of authority, making decisions for the rest of us? This may be a plausible argument in favour of Parliamentary Democracy and against Direct (or Interactive) Democracy.
So, what factors would increase rationality in decisions made by the electorate in the Interactive Democracy system?
Designing an Interactive Democracy web site that presents peer reviewed data at the point of decision could discourage irrational decisions. The web site could allow voters to rank the most important values, encouraging clarification of ideas. There should be the facility to conduct an online debate, with links, threads and approval ratings, but with the opinions of MPs taking precedence (they are practiced in making a case, communicating it, and are motivated to do it well by the prospect of re-election). Peer reviewed reports and hard data should also be made available and properly audited estimates of the costs involved.
Share |
Posted by About Interactive Democracy at Tuesday, October 05, 2010 0 comments Links to this post