In this TED Talk George Papandreou argues that global markets are too powerful for national democracies to control. He argues for more European democracy, including more referendums and citizens' juries:
"Where our common identity is democracy, where our education is through participation, and where participation builds trust and solidarity rather than exclusion and xenophobia. Europe of and by the people, a Europe, an experiment in deepening and widening democracy beyond borders."
Interactive Democracy could be scaled to the European level. And exactly the same infrastructure would work in your local village. It facilitates more participation than a randomly selected citizens' jury, but could also work alongside it if that were preferred.

This TED talk by Eric X. Li describes the Chinese system of government and outlines why he thinks it is meritocratic, adaptable and legitimate. In short it is because the Party develops competency by promoting those that have done well managing at the local level. In addition it uses surveys to gauge public opinion. It provides fascinating insight.
While it's hard to argue with the enormous progress that China has made, I'm not sure it can be attributed to competent political management. It seems to me that it is more likely that a reduction in political management, liberating, empowering and motivating everyone, has lead to success. That's a free market argument. I suspect that economics trumps culture and culture trumps democracy (how else do you avoid a tyranny of the majority if not by a liberal culture?). But a single party may have a singularity of purpose that rarely exists in a democracy or free market. The Party may have a national strategy in support of their goal, whatever it may be. The goal could be egalitarian and transparent, such as raising the quality of life of everyone in China, or combative and opaque, such as taking control of world resources. Transparent democracy wouldn't work for the latter as target countries would take umbrage, but Interactive Democracy could still work in a single party state.

Yet Eric's focus on competency seems virtuous. The problem is, who or how do we decide who is competent? I doubt if the electorate can easily judge: surely you have to be competent yourself to judge if someone else is competent. Liking someone is different. Maybe one answer is to measure key performance indicators - a type of technocratic government that I also have sympathy with. Accurate data is important for good debates, suggestions and innovations and crucial for Interactive Democracy, too; inaccurate data and outright lies degrade democracy.
Share |
Posted by About Interactive Democracy at Wednesday, July 10, 2013 0 comments Links to this post 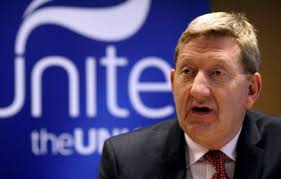 Ed Milliband is seeking to disentangle the Labour Party's financial links with the unions. He proposes that the automatic contributions from union members should become an option. Perhaps he hopes that this will allow the Labour Party to engage more directly with union members, circumventing the union leaders and diluting their power. It highlights the funding bias of political parties in Britain.

In her article on the subject, Polly Toynbee writes
"... democracy can't function with only 1.1% of the population participating. Parties need members and the clean money they bring."

But the Conservative Party may have just as much funding bias:
"Wilks-Heeg and Crone found that 15 of these families or "donor groups" account for almost a third of all Tory funding."

I suspect that Interactive Democracy would boost political participation in many ways, including recruiting more party members. But it also encourages wealthy political donors to spend their money on persuading the electorate of the benefits of their views and is therefore far more transparent than today's shadowy world of political puppet masters.
Share |
Posted by About Interactive Democracy at Tuesday, July 09, 2013 0 comments Links to this post