"Can a functionally diverse group whose members have less ability outperform a group of people with high ability who may themselves be diverse?"


Or, put in another context, can direct democracy outperform a political elite?

They answer yes, but their conclusions are nuanced and aimed mainly at diversity in problem solving organisations rather than whole democracies.

"even if we were to accept the claim that IQ tests, Scholastic Aptitude Test scores, and college grades predict individual problem-solving ability, they may not be as important in determining a person's potential contribution as a problem solver as would be measures of how differently that person thinks."

Yet, it seems to me that our political elite are fairly homogenous and highly susceptible to group think in a way that the wider population aren't.

Hong and Page also comment on communication, understanding and learning:

Interactive Democracy offers a structured way for any voter to contribute proposals and debate outcomes, helping to solve some of the communication problems highlighted by Hong and Page by categorising debating points as positive, negative and interesting, and ranking them by votes of approval or disapproval. But Hong and Page's final point is perhaps my favourite argument for Interactive Democracy: that debate is a type of education with its own merit, and there's every chance that populations will get better at doing it. 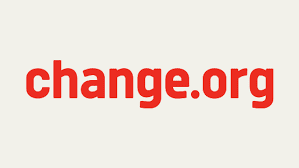 Change.org has a new petition by Jolyon Rubinstein: Make Lying in Parliament History. You can sign it here.

Lying in a democracy reminds me of the old computer programmers saying: GIGO: Garbage In, Garbage Out. But I would go further than just banning lying in Parliament and want sanctions against all political lies aimed at deceiving the public. One way of doing this would be to use the Advertising Standards model (which doesn't yet cover political advertising). I think the harshest sanctions should be for prepared statements with demands for corrections for wrong statements made in interview or conversation. The same should apply to journalists. Corrections should be made with the same "volume" as the original mistake.
Please click here for a more detailed view of how this would work.
Share |
Posted by About Interactive Democracy at Thursday, December 04, 2014 1 comments Links to this post