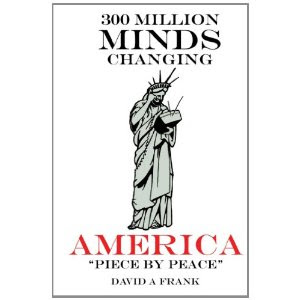 Just come across this book, which sounds a lot like Interactive Democracy: "300 Million Minds Changing America Piece by Peace", by David Frank.
The Amazon Book Description reads "This book is about a plan to bring Americas 225 year old Republic system into the 21st Century. This new system for America is a result of a vision experienced by David Frank, in 1989. This vision outlined a new system for America using present day Communication Technology. By remapping America to look like a honeycomb, each community, looking like a hexagon, will use present day technology to allow the "people" to start fixing America from the ground-up. The new system will allow the "people," not the politicians, to begin to raise, debate and vote on issues that they believe can make their communities a better place to live. 1000 Technological Townhall Meeting systems across America will utilize the knowledge and brainpower of 300 million people, making the world a better place today, for the children of tomorrow."
Share |
Posted by About Interactive Democracy at Wednesday, November 30, 2011 0 comments Links to this post

In a fascinating MoneyWeek article Tim Price wrote "A combination of western governments and those countries' banking sectors is effectively insolvent. The problem is one of democracy itself. The system sows the seeds of its own destruction when a critical mass of voters appreciates that it can vote itself privileges. Politicians who can rarely see further than the next election are happy to provide them. A state of entitlement then sets in, with the wealth-creating private sector crowded out and milked for taxes. In one sense government policy is predestined to fail because, as Mrs Thatcher observed, sooner or later the government runs out of your money."
This may be true for most western governments, but the same problems don't exist in Switzerland, which gives voters much more power. Surely, by Tim's analysis of cause and effect, Swiss voters, in their assumed selfishness, would have crashed their economy sooner. But it remains strong. Why? Because their system integrates everyone into a common society with shared responsibilities and, by being involved in politics, they educate themselves about the issues, the pros and cons, and come to balanced decisions. Interactive Democracy has every chance of doing the same.
("Eurozone governments are now too big to succeed" by Tim Price, MoneyWeek, 25/11/2011)
Share |
Posted by About Interactive Democracy at Monday, November 28, 2011 0 comments Links to this post

Here's a thought: the more voters there are for a given "Parliament" the less powerful each vote is.
According to the UK census of 1951 there were about 50 million citizens. By mid 2010 it was about 62 million. It's expected to reach 70 million by 2027. Assuming, for the sake of simplicity, that the proportion of the population eligible to vote remains the same, in 2010 your vote was worth about 20% less than in 1951 and by 2027 it will have lost another 9%. But, of course, the proportion of the total population who can vote will be much larger in the future, due to the aging population.
OK, this is a simplistic idea. But now consider the effect of giving powers to a federal European government. Now your vote is merely one in a little less than 500 million.
Our increasing powerlessness is the very opposite of the involved and empowered voters I argue for in this blog.
This post was inspired by Prof. Al Bartlett's lecture "Arithmetic, Population and Energy", available on YouTube. Here's the first part of the series:
Share |
Posted by About Interactive Democracy at Sunday, November 27, 2011 0 comments Links to this post

The Chemistry of Trust

In this lecture, Professor Paul Zak explains the impact of oxytocin on trust and trust worthiness. He has many fascinating insights into the role of this hormone on people's behaviour and how to boost oxytocin levels. Could it be that giving people the right to vote regularly and a voice in the debates, boosts oxytocin among most people, increasing trustworthiness in society and perhaps adding to social cohesion and economic success??
Share |
Posted by About Interactive Democracy at Thursday, November 03, 2011 0 comments Links to this post