Lobbying by the Finance Industry 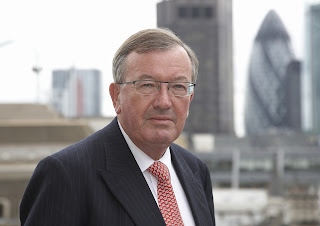 "An investigation by the Bureau of Investigative Journalism has revealed the firepower of the City's lobbying machine, prompting concern that its scale and influence puts the interests of the wider economy in the shade", according to The Guardian.
"The British financial services industry spent £92m last year lobbying politicians and regulators...
"...129 organisations engaging in some form of lobbying for the finance sector...
"... the recently departed leader of the City corporation, Stuart Fraser, had contact with the chancellor, George Osborne, and other senior Treasury ministers and officials 22 times in the 14 months up to March this year.
"Beyond the corporation, there are 26 industry bodies lobbying government... with a war chest of at least £34m.
"A total of 124 peers, equivalent to 16% of the House of Lords, have direct financial links with financial services firms.
"Political donations by firms aand individuals connected to the City contributed £6.11m in 2011 to the Conservative, Labour and Liberal Democrat parties."

I expect that, in my proposed system of Interactive Democracy, lobbyists would spend some of the money spent today on influencing politicians, instead on the public. That's probably a good thing for promoting debate and understanding, transparency and the common good.
Share |
Posted by About Interactive Democracy at Tuesday, July 10, 2012