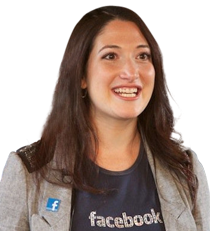 Randi Zuckerberg, Marketing Director of Facebook and sister to its founder, Mark, commented to Marie Claire magazine "I think anonymity on the Internet has to go away... I think people hide behind anonymity and they feel like they can say whatever they want behind closed doors." This can result in all sorts of immoral behaviour including cyber bullying, harassment and lying.
On the other hand Richard Hall writes in The Independent "Privacy advocates have condemned plans to remove online anonymity, saying it could make it harder for dissidents in countries with poor human rights records to speak out."
Perhaps our society could benefit from parallel systems: Interactive Democracy would provide a regulated forum for debate, with sanctions against bad behaviour, but providing legal voting power; and commercial organisations could provide a more corruptible but freer network that would allow dissidents to have their say.
Another concern is the control that Facebook and the other web monopolies have over our society and culture, as Rebecca MacKinnon points out here.
Share |
Posted by About Interactive Democracy at Saturday, July 30, 2011