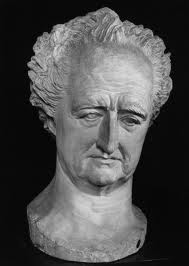 "If you treat an individual as he is, he will remain how he is. But if you treat him as if he were what he ought to be and could be, he will become what he ought to be and could be."
Johann Wolfgang von Goethe
People worry about the yobs that Interactive Democracy empowers; they worry about the dogmatic, the xenophobic, the narrow minded and the greedy. I think these are a small fraction of the population, insufficient to do any real harm. But Goethe highlights a different argument: that empowering people, involving them in the debate and making them responsible can make them better.
The idea is entertainingly captured in this video of Viktor Frankl, psychiatrist and holocaust survivor, who has seen the worst aspects of human nature yet retains his optimism.
http://www.ted.com/talks/viktor_frankl_youth_in_search_of_meaning.html
Share |
Posted by About Interactive Democracy at Sunday, July 24, 2011