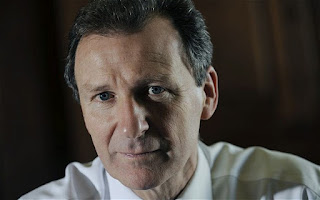 It seems to me that many democratic systems have evolved in to political oligopolies where two or three political parties dominate all other competition. This reduces the choices available to citizens. It is especially problematic when you want to vote against a government at the next general election and realise your options are limited and often unpalatable.
The main political parties quite naturally play the democratic game to gain power at every turn. And the media may be complicit in this game, whether by accident or design. For example, the BBC does not give airtime to new politicians that can not demonstrate support (often measured by opinion polls), creating a barrier to entry for any new competition. Commenting on the London Mayoral Elections Lord O’Donnell, who ran the civil service as Sir Gus O'Donnell between 2005 and 2011, said the current rules were “ridiculously skewed towards the status quo” (quoted in The Telegraph).
The branding power of the political parties is especially powerful in the long run. The repetition of party names makes them just as trusted as other commercial brands, and just as powerful. Then we may factor in their ability to raise campaign funds, and how one feeds off the other, and pretty soon the dominant parties become an oligopoly.
Interactive Democracy would break this strangle hold without breaking the parties themselves. It could create a new wave of competition among ideas to the benefit of all, just like competition between companies is often thought to improve the economy as a whole.
Share |
Posted by About Interactive Democracy at Monday, May 14, 2012