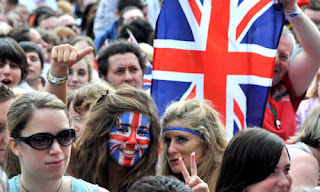 Like most people I like to think that my thoughts are my own and my conclusions are reached by a rational approach, but we may all be effected by "agents of political socialization" as Almond, Powell, Strom and Dalton put it. According to them the cultural agents that build our political outlook include the following:
It may be that the Swiss culture, with its language diversity, its harsh terrain, its mix of Christian churches, its diversity of newspapers, its local government and evolved federalism, its national service and the peculiarities of its history create the culture that allows direct democracy to flourish. But it may equally be the case that direct democracy enables much of the above. The question that springs to my mind is, do we have the right culture for Interactive Democracy?
Share |
Posted by About Interactive Democracy at Wednesday, June 15, 2011