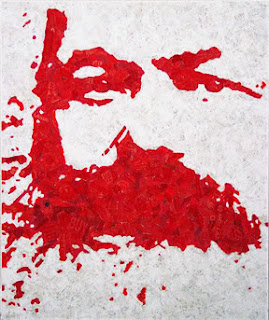 Does anyone know if Karl Marx wrote about direct democracy and capitalism in Switzerland?
Though Switzerland is perceived as a conservative country with many wealthy capitalists it's political system is rooted in the communes. The Swiss have the highest per capita income anywhere in Europe, low taxes and low unemployment. Their currency is strong. They are ethnically and linguistically diverse, which doesn't seem to hinder them. If Marx were alive today, with the modern example Switzerland offers, would he have commented on how voter power (direct democracy style) can counter balance the ills of capitalism; and, looking at other countries, would he comment on how capital can corrupt representative democracy?
Perhaps he would have compared the money economy with the vote economy. On the one hand there is an unequal distribution of capital that flows where the owner decides, accumulating with a few, and on the other an equal distribution of votes, readily available to be cast in favour of fairness.
(Since writing these questions I've discovered this by Engels about the Swiss civil war: he rants bloodthirstily for centralisation.)
Share |
Posted by About Interactive Democracy at Wednesday, June 01, 2011

The following site compares Switzerland with other countries. They rank 69th (39.6% of GDP) in public debt, far less than the UK (76.9% of GDP) at 20th. Zimbawe is in 1st position with 241% of GDP.
http://www.theodora.com/wfbcurrent/switzerland/switzerland_economy.html

I haven't read anything from Marx on Swiss direct democracy. But there was a lively debate inside the Second (Socialist) International on wether direct democracy is a progressive demand and therefor worth any support from the workers movement. Some swiss delegates argued strongly in favor of direct legislation through the people, while the general line was one of a rather critical attitude.
You can get an idea of the debate from a chapter of Karl Kautskys "Parliamentarism and Democracy" with the titel "The direct legislation through the people and class struggle". Online it only exists in German

With the experience of the present and the past, a critical attitude should be adopted towards direct democracy as a tool for progressive social reforms. It is a valuable weapon to defend against counter-reforms (pensioncuts, for example) through referendum, very few (practically 0) progressive social reforms have been achieved on the path of popular initiatives. This is due in part to the fact, that mighty interest groups (especially banks, but also other capitalist organisms) usually spend a whole lot more money in campaigns then the workers movement can.
In the swiss workers movement the political rights have led to a certain fetishism of the swiss bourgeois state, even though it isn't a direct tool for emancipation.
If you have further questions, ask.