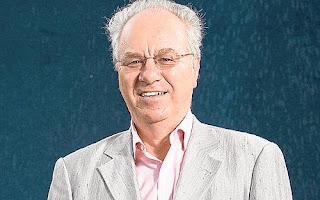 In the 2012 David Butler Lecture, "The Second Superpower", YouGov President Peter Kellner advocates Representative Democracy, dismissing Direct Democracy and referendums as "flawed devices, used when politicians lose their nerve". Of course, Interactive Democracy supplants YouGov and all the other pollsters, to which millions of Pounds of tax payers' money flows, and this may account for his opinion, but it's worth listening to his arguments nevertheless.
He identifies several problems with referendums:-
After all of his arguments, Peter does offer an alternative vision to cope with the general population's low opinion of politics (identified in his polls). He suggests the use of Citizens' Assemblies where people debate a topic, something he says is used successfully in Iceland, which also frequently uses referendums. And that's my point: let's have Citizens' Assemblies, too; they can run along side Interactive Democracy and reinforce it by offering a face-to-face debate that some may prefer. Perhaps the political parties or the media would fund them. Yet Citizens' Assemblies are much more difficult to access for most people than the slow written on-line debate, points collated for and against, that ID provides. This can be accessed from home, a library or even while on the move, at a time that suits you, and it facilitates careful deliberation.
Peter also advocates a People's Veto. This would stop any law if 50% of voters vote against it. That's not empowerment, it's a sop to public opinion and doesn't offer any real chance of implementation. It effectively bans my referendum vote unless a majority of others make an effort to get involved.
What Peter misses from his criticism of conventional referendums is that a low turn out enables a minority of the electorate to carry the day. ID avoids this problem by automatically devolving your vote to your MP if you don't happen to vote, making sure you are always represented and providing a balance of power between MPs and Citizens depending on the degree of public engagement.
Please click here to watch the lecture. I'd appreciate your views.
Share |
Posted by About Interactive Democracy at Friday, April 13, 2012